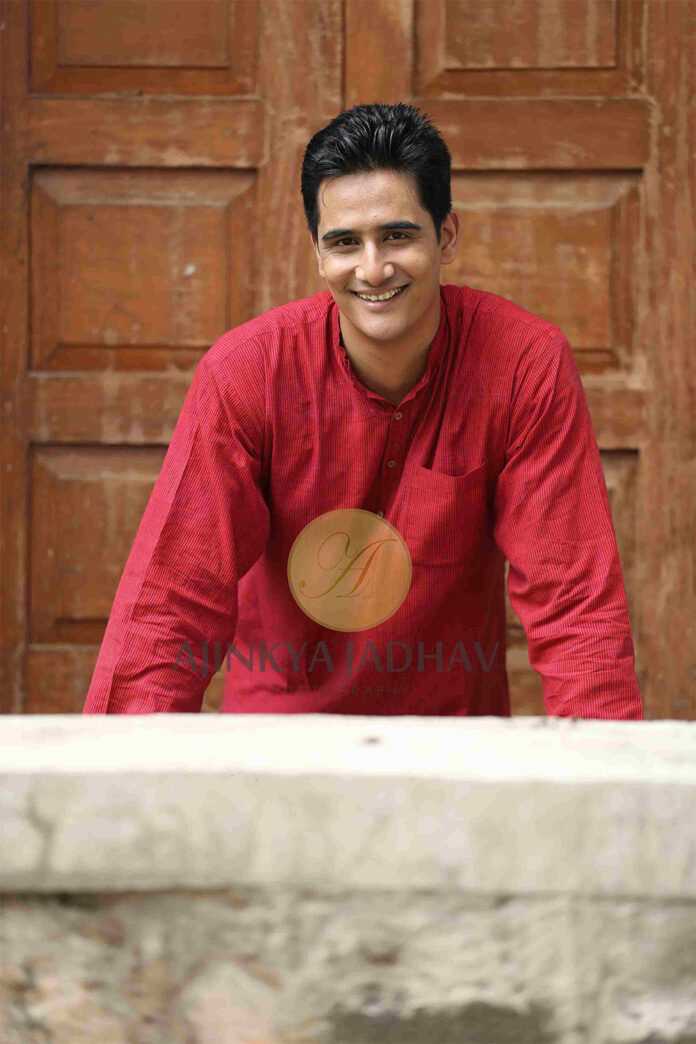 Baba and Maa had never hid from Cinnamon, or anyone else, that he was adopted. It was as much an accepted part of his life as his alert brown eyes and long, muscular legs.

When he was about two years old, Maa sat him down and told him a beautiful story. She read to him from a slim Bengali book. Cinnamon sat in front of her, curled up on the bed. Baba sat next to her. She told him about the ancient city of Mathura, near Delhi, where Vasudev and Devaki had eight children.

Reading out the story with dramatic voice variations and hand movements, Maa said, “The eighth child was Krishna. When Krishna was born, there was heavy rain. Vasudev took the baby in a wicker basket to the house of Nanda. He placed him with Nanda, a cowherd, for his protection. Lord Krishna grew up with his adoptive parents.”

Baba then told a story in Marathi, in a silky smooth voice. In the story, a charioteer finds a baby in a basket floating in a river. The charioteer and his wife, Adirath and Radha, do not have children of their own. “Little did they know that the boy was the son of princess Kunti and Surya Dev. They named him Karna. He grew up to be a brave and fearless warrior.”

“So, you see, Cinnamon, some children come home in some ways and others in other ways, but every one of them is equally special,” Maa concluded.

Baba said, “When we went to the adoption agency, they said that the boy looks different from you. But that didn’t matter to us.”

Baba later, told him the story of the day they adopted him. “Cinnamon, the day we went to bring you home, was the most memorable day of my life. It was not only your Maa and me who went to the adoption centre. Ajji, Ajoba, Dada Moshay and Didi Maa also came along. I finally understood what it was like to be the captain of the Indian cricket team. We had only the Maruti Zen at that time, so we arranged two auto rickshaws additionally to take everyone.

He continued, eyes twinkling. “It rained the previous night and early that morning as well and we felt it to be a good omen. Later, we organised a get-together at a small mangal karyalaya l for all the people, on your homecoming day. So many people came home, that we had to shift it to a hall much bigger nearby.”

Cinnamon asked to hear this several times, and each time Baba added extra details. This was one of his favorite stories: the story of the day he was brought home.  Baba and Maa always supported him and let everyone know that he was adopted, so he had no sense of shame or embarrassment. He saw it as a natural part of his identity.

On one occasion, when he was about six years old, he asked Baba, “Baba, if my birth mother were to come and ask to take me back, what would you do?”

“We don’t know where she is and she doesn’t know where we are either. So that can’t happen. Moreover, we love you and we won’t let you go ever,” said Maa.

“Why did they leave me? How could they do that?” “Was there something wrong with me?” He cried out, hearing that.

Baba and Maa hugged him tightly and kissed him. “Your parents must have had good reasons to do what they did. “There was nothing wrong with you at all,” Baba assured him.

On many Sunday evenings, Maa invariably gave a head massage to Cinnamon, with mustard oil. Baba had tried to get her to switch to coconut oil, but to no avail. Though Cinnamon hated the smell, he always loved the warm and fuzzy sensation it left when she finished her massage.

He sat on a newspaper on the floor, while she vigorously pummelled and pounded his puny head. It was painful.

“Baba came out of Ajji’s tummy?”

“So you also came out of Didima tummy? And others too?”

“Yes, even we did, and so did others,” she reassured.

“Not from my tummy. You were in my mind,” she said in Bengali, quoting Rabindranath Tagore.

“Whose stomach did I come from?”

“Your birth mother’s, of course.”

He looked at his own tummy and imagined a baby inside. He imagined himself inside a tummy, long arms and legs and all. What a weird, ugly sight it must have been. He thought of himself coming out. Gross. Yuck.

“Maa, it must be so painful,” Cinnamon cried out.

“Yes, it is painful at that time but then once the baby is born, the pain goes.”

He was silent for a moment or two, considering this new piece of information.

“Don’t you think that shows how nice I am? I came without causing you any trouble!”

Maa cupped his chin and laughed. Then she carried on with the head massage, humming to herself.

The Best day of his life

The spectators watched with bated breath and pounding hearts. They rubbed their hands nervously. This was the moment they had all waited for.

Bathed in Pune’s gentle early morning September sunshine, the Khadki Football Ground echoed with raucous, full-throated cries of “GO DIS!” and “Come on Royal!” It was the finals of the Pune Under-13 School Football Championship. Cinnamon Paranjape, goalkeeper for the Diamond International School, adjusted his goalkeeping gloves, green football jersey and bit his nails. He knew how important it was to keep this penalty kick out.

­­The scoreboard showed 2:1 in favour of the DIS. For the first time in ten years, DIS had a chance to defeat the defending champions Royal National Academy (RNA) and win the championship. Dressed in their trademark maroon shirts, socks and shorts, the RNA team stood on the left side of the field. On the other side the Class VI DIS team, in their stylish dark green outfits. Cinnamon looked to the right for his team’s supporters, a noisy green gaggle of parents and friends. They had their water bottles, bananas, Gatorade and electrolytes—all that young athletes needed.

He spotted Baba dressed in a green polo t-shirt and jeans, recording on his iPad. Maa, sitting next to him, wearing a white kameez and green salwar, shouted enthusiastically “Go, Cinnamon!” Come on, Cinnamon!”  She whistled, two fingers in her mouth. Pallavi, his best friend, sitting next to Baba, waved a placard with ‘EAST OR WEST, DIS THE BEST’.

He looked ahead. On the field were his buddies: Captain Harpreet, Chhota Sidhu, their best defender Onam Kutty, and the rest of the DIS football team. Coach Shetty Sir bit his nails. Cinnamon saw the tension writ large on their faces. He took a deep breath and said a prayer.

Rishabh Keswani, RNA’s best striker, was all set to take the penalty corner for the defending champions. Rishabh had already scored more goals than anyone else in the tournament. “Go, Rishabh!” Come on, Rishabh!” his team members called out to him. Rishabh ruffled his normally stylish, combed back hairstyle now ruined by sweat, and raced up to the ball.

Coach Shetty’s words flashed in Cinnamon’s mind. “Remember, Rishabh scores most of his goals in the top or bottom left-hand corner. That side will be on your right.”

Cinnamon took a deep breath and crouched down, nails digging into his thighs. The audience rose to its feet in anticipation.

He threw himself boldly and confidently to his right and crashed, close to the white bars of the goal. Time stood still.

When he scrambled up, Rishabh’s face told him everything.

His hands and body stung from the sheer force of Rishabh’s kick and the crash to the ground, but it didn’t matter, for school captain Harpreet was running towards him. “Congrats, Lambu Das!” shouted Harpreet as he jumped on him and hugged him.

These slogans were music to his ears. After ten years, DIS had won the football championship. Coach Shetty later carried Cinnamon on his shoulders and they did a victory lap with the entire team.

All of them gathered together to pose for photos, with the medals around their necks hanging till their waists, and the huge golden Royal Trophy at the centre. Rishabh was awarded the ‘Highest Goal Scorer Award’ while Cinnamon took home the ‘Best Goal Keeper Award’ of the tournament. The parents came and took the mandatory post-match selfies with them.

They all got in the bus to take the students home, and on their way, enthusiastically sang the song Ashayein from Iqbal. Cinnamon felt that it was the best day of his life.

When the bus dropped him home, his heart jumped to see the red Skoda Octavia parked in the society parking lot. Maa was home before 7 pm for a change.

Baba and Maa sat in Baba’s home office. Maa put aside the red, voluminous legal tome she was studying and gave him a rib-crunching bear hug.

“Abhinandan!” Baba said, and gave him a high-five and clapped him on his back. At dinner, they had puri, amras and batata chi bhaaji.

He described the game, his eyes shining. “We knew that Rishabh had to be kept under control, so our team marked him very well. Harpreet scored two goals before the first half. And then Rishab scored a goal. I had my heart in my mouth till the end. The penalty kick was so exciting.”

“In school, I was very good at sports, Cinnamon. My son, after all,” Maa observed as she patted his head.

“Basundhara Ghoshal Paranjape, you came first in every subject in school. You were also a sports champion. Remind me which school you went to?”

Maa ignored Baba’s comments and concentrated on scooping up the amras with her flaky golden puris. But Baba’s face showed there had been contact between Maa’s foot and his leg.

Cinnamon looked at Baba and Maa’s faces. A thought struck him suddenly.

Maa carefully touched her black hair, streaked with silver and cut in bangs—her latest hairstyle. She had swarthy, oily skin and was short.

Baba chuckled and stretched out his skinny, fair legs. There was a twinkle in his grey-green eyes. “Why do you need to look like us? You are good-looking as you are.”

Before he went to bed, he looked in the mirror. The boy sneered back. Unperturbed. Though it was the same face he saw every morning, these days he looked at it more and more often.

Sharp cheekbones, dark skin, crinkly hair and chocolate-coloured eyes which held a curious, mischievous look, stared back at him. Yes, he, Cinnamon, officially named Roshan Rishikesh Paranjape, did look different from his parents—especially his father. He had heard it many times, said in different tones: curious, suspicious, malicious, and sometimes as a statement.

Curling up in bed, he thought: It was true. I don’t have my father’s face, or my mother’s face. I have my own face, he thought. That was all that mattered.

He fell asleep, dreaming of being the Indian goalkeeper in a World Cup Football Final against Brazil. The match was played in Mumbai, in front of the Prime Minister and other dignitaries, top Bollywood actors, Baba and Maa and, of course, Pallavi aka Palli, who kept energetically waving the Indian flag throughout. The crowd kept blowing lustily on their vuvuzelas. The Brazilian team was defeated as they could not put a single goal past Cinnamon.

All the players got gold medals, trophies and jumbo sized cheques. But one special prize was reserved for Cinnamon. The Prime Minister handed Cinnamon the grand ‘Player of the Match’ prize. They weighed Cinnamon in a giant scale or thulabharam and then gave him a huge, rich silky fruit and nut chocolate bar equal to his weight and size. A car had to be hired to bring it home. A super yummilicious dream.

—
“Taken from mr. Vikas’s upcoming book “My name is Cinnamon”” 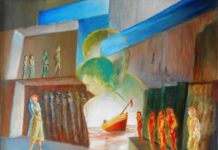 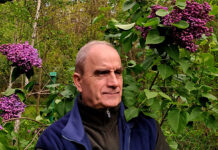 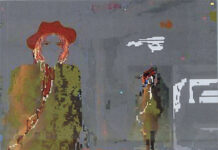